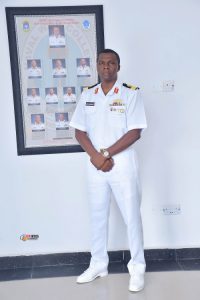 He has attended several courses since commission. These include the Midshipman Training, Sub Technical Course, Junior Course and Senior Courses at Armed Forces Command and Staff College, Jaji. Others are; Young Officers Course at NNIS, Apapa. He is a specialist Above Water Warfare Officer from NNS QUORRA Apapa, Lagos.

He has served onboard the following ships and establishments; NNS ARADU, NNS ENYIMIRI, NNS EKUN, NNS NWAMBA, FOB IBAKA, NOD, NNS PATHFINDER and HQWNC. He was in ECOMOG and also took part in Ops HARMONY and Ops FLUH-OUT II. He has been decorated with FSS, MSS and DSS.

He has held several appointments in command, staff and instruction onboard NN ships and establishments including tri Service institutions. Among these are: BIO-NOD, BIO-FOB IBAKA, BIO-NNS PATHFINDER, CINTO WEST, DS-AFCSC, SO1 Admin HQ AFCSC. He was the CI-DMW AFCSC before his nomination for NDC Course 23. On completion, he was appointed CO CND and thereafter as SO1 Strategy NHQ before his appointment as Director Strategy and Policy/DS NWCN. He loves travelling, reading and meeting people. 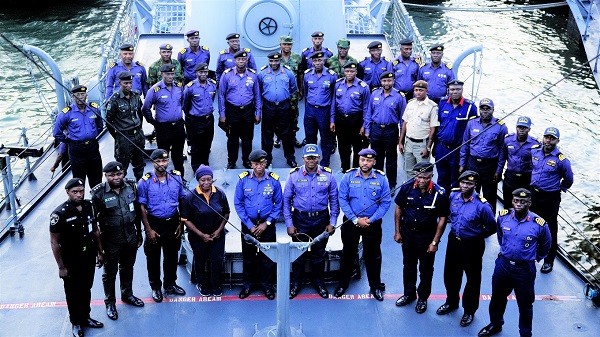