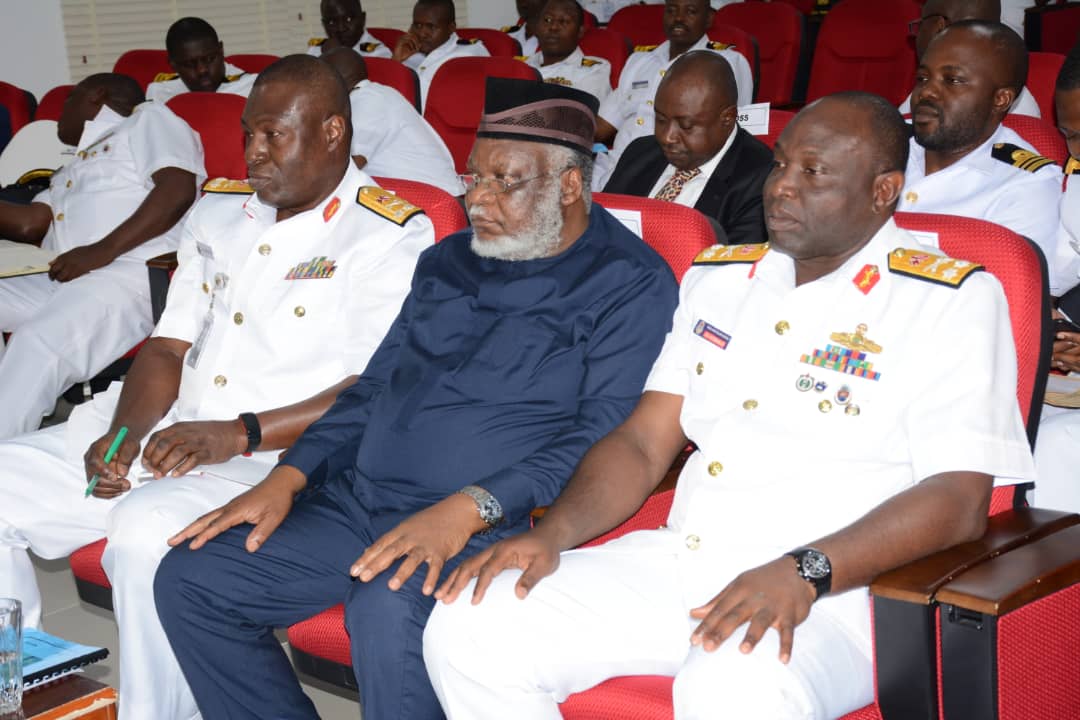 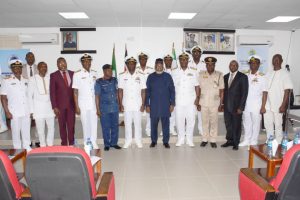 The Nigerian Navy has called for inter-agency cooperation to curb cases of piracy in the maritime sector which affects oil activities, fishing and cargo shipping.
The erstwhile Commandant of Naval War College Nigeria (NWC), Rear Adm. Adeseye Ayobanjo, made the call on Monday in Calabar during the presentation of the report of Naval Warfare Course 3 International Study Tour to the Republic of Kenya.
R Adm AO Ayobanjo explained that participants of the NWC Course 3 embarked on the study tour between June 29 and July 6 with a view for better understanding of Kenya’s operating environment.
He said that the objective of the tour was to consolidate theoretical knowledge gained from series of lectures on inter-agency cooperation towards enhancing maritime security.
According to him, the complexities and fluidity of contemporary security challenges in the maritime environment that includes piracy has made it imperative for security agencies to synergise their efforts and capabilities for national security.
He said that a module in the NWC curriculum tailored towards entrenching that synergy is the inter-agency Cooperation module, adding that the college had earlier organised an inter-agency cooperation seminar and sea trip in April.
“In July 2019, the participants embarked on an international study tour to Kenya and the theme for the study tour was Countering Piracy through Cooperative Maritime Security Efforts.
“Nigeria depends largely on the seas for her economic well-being as a significant percentage of her national revenue is derived from activities that are linked with the maritime environment and associated stakeholders agencies and persons.
“However, the menace of piracy in Nigerian waters and the Gulf of Guinea in general affects crude oil activities, fishing and cargo shipping, causing high premiums to be charged on goods which in turn affects the national economy adversely.
“To this effect, the college visited Kenya whose piracy situation in the western axis of the Indian Ocean between 2009 and 2013 mirrors the current situation in the Gulf of Guinea.
“This was aimed at seeing how Kenya successfully tackled the menace so as to identify some lessons that could be relevant in solving piracy in Nigeria’s maritime domain and the Gulf of Guinea in general,” he said.
The Commandant stated that anti-piracy operations requires both collaborative efforts internally and cooperative efforts externally; which involves arrest at high sea to prosecution of the pirates by agencies with powers of prosecution.
In his remarks, Kenya’s High Commissioner to Nigeria, Dr Wilfred Machage, said that Nigeria and Kenya has long standing relations.
He said that the theme for the course was apt as it will serve the interest of maritime security for both nations.
He maintained that a number of security threats like piracy, sea robbery, child trafficking, illegal fishing and others had continued to undermine the safety of the maritime domain.
The High Commissioner disclosed that the issues were being handled at the regional and national levels with a view to address them.